On the 31st May back in 1859, the clock tower known as Big Ben located in Westminster London, rang for the very first time.

The Tower is officially named ‘The Elizabeth Tower’, and previously ‘The Stephen’s Tower’ by Victorians. The ‘Big Ben’ name originally only applied to the bell however over time it was used to refer to the entire structure and is what we all famously know it as today.

When the Palace Of Westminster was destroyed in a great fire back in 1834 a competition was set up in the after math asking for re-designs. The best design was to be selected and built.

In the end, the committee chose the design of Charles Barry, but here’s a little secret: His original design did NOT include a clock tower! They asked him to revise it and to add a clock tower, of course with a clock inside. Working with his trusty (but somewhat highly strung) assistant, Augustus Welby Pugin, Charles Barry added a clock tower to his design, along with four faces, and really big bells! But Charles Barry, quite rightly, asserted that HE was an architect, not a clock maker. So he asked Benjamin Lous Vuillamy, clock maker to the Queen, to design a clock. – BG Facts

Airy wanted the clock to have the most pinpoint accuracy, including twice daily checks from the Royal Greenwich Observatory. Almost all clock makers said this was impossible, however, Airy seeked the help of Edmund Beckett Denison. When Denison’s design was finished in 1854 – five years later, St. Stephen’s Tower itself was finished.

“Weighing in at more than 13 tons, its massive bell was dragged to the tower through the streets of London by a team of 16 horses, to the cheers of onlookers. Once it was installed, Big Ben struck its first chimes on May 31, 1859.” – This Day In History

Just 2 months after Big Ben was completed the bell was cracked by the heavy duty striker. The striker was replaced by smaller hammers and the bell was rotated so the crack wasn’t hit.

“Its famously accurate timekeeping is regulated by a stack of coins placed on the clock’s huge pendulum, ensuring a steady movement of the clock hands at all times. At night, all four of the clock’s faces, each one 23 feet across, are illuminated. A light above Big Ben is also lit to let the public know when Parliament is in session.” 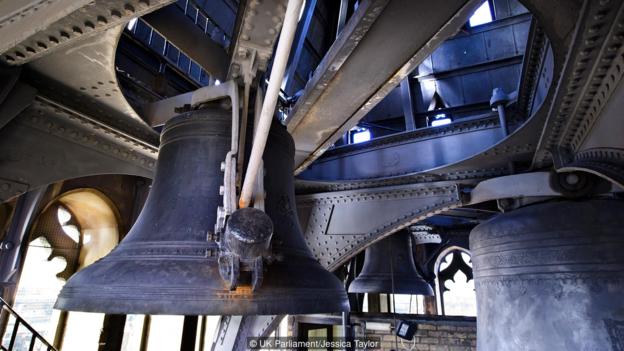 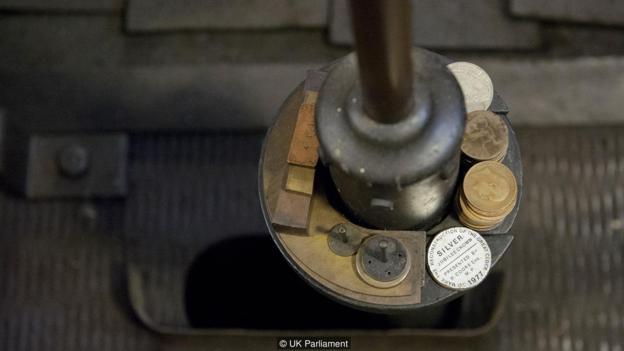 Big Ben is such a hugely famous icon of London City and Westminster. It attracts millions of visitors each year. The famous 334 step high tower is available for tours alongside the houses of parliament however guests must fit a strict criteria and have contacted their MP or a member of the House of Lords to request a visit.

I was lucky enough to take a trip to the top back in 2004 with a local MP. The steps seem to go on forever, with breaks often required, however once at the top the views across London are stunning. As the bell chimes, you feel the entire tower shake from the intense ring. Unfortunately tours are suspended until 2020 while refurbishment of the clock and tower takes place. You can find more about tours and visits to the Houses of Parliament by clicking here.