Help when you need it

At Careline365 we are acutely aware of the challenges older people face. As the years advance, health issues can mean that day to day tasks become more difficult. Sometimes this can mean giving up on the idea of living independently altogether. We believe that this doesn’t have to be the way.

Our mission is to help as many people as possible live safe and enjoyable later lives. That’s why we strive to offer our service for the best possible price. We also like to keep things simple. Technology need not be confusing or scary – it can have a huge positive impact on the lives of older people. Read our in-depth guide to learn more about Careline365 and our service.

We work hard to make sure that we are never beaten on price or quality. Please call us for free on 0800 101 3333 to discuss our price guarantee. 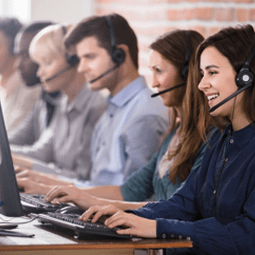 Margaret’s story is similar to thousands of older women in the UK. Born and raised in East Sussex, she has lived alone since her husband Derek passed away in 2005, and the arthritis in her hip means that she is less mobile than she used to be. Despite this, she is still very independent and enjoys getting out in the garden, and entertaining her three lively grandchildren.

Her independence was challenged, however, one morning in the spring of 2011. Margaret was tidying her house as usual when she tripped, lost her balance, and fell to the ground. Embarrassed, but otherwise unharmed, she tried to get up but couldn’t lift herself no matter how hard she tried. “I was on the floor for over three hours”, says Margaret,“but it felt like days. If it wasn’t for my son popping round to check up on me – well I don’t like to think about it.”

Since her fall, Margaret’s family have been understandably worried too. Her son David is a busy IT consultant and while he does his best, he can’t always be there to check on her. “After that we knew Mum needed some extra help.” says David, “so we started by talking to her GP, who told us about Careline.”

Unfortunately half of individuals over the age of 75 fall every year and with the population of 75 year olds expected to double in the next 30 years domestic accidents are a growing problem for the UK’s elderly. Like many others, Margaret has found her solution in a careline alarm from Careline365. “I don’t need it often, but the alarm gives me and my son real peace of mind. It’s like a safety net, and I’ve found that Careline really do care.” 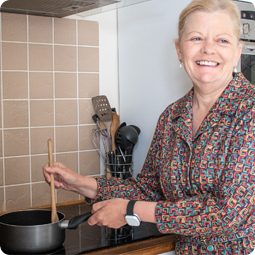 "I think it's brilliant. Some of my clients would be in care homes without Careline."

Katie, carer to a Careline user in Southend

"The Careline people are so friendly... it's very reassuring."

"Dad was very shaken after a fall, but he's definitely got his confidence back now."

"I don't know where I'd be without mine. It's such a comfort."