Australian native Steve Irwin was born in 1962 in Victoria. He spent his life helping the conservation of wildlife and died doing what he loved. Irwin had become a household name by the time of his untimely death at 44 years old. The Irwins explained that when he died, “the world mourned with us.” On the anniversary of his death, we want to go through what made Steve Irwin so special and how his work continues on today.

Irwin’s parents participated in early efforts to protect Australia’s reptiles. Because of this, many believe his parents had a huge impact on his love for animal conservation. His father would often go on expeditions with Steve to endangered areas to help with conservation efforts. Steve’s parents owned a wildlife park, now the famous Australia Zoo, and so Steve grew up around animals. He would feed, care and study the animals everyday.

When he learnt how to catch and handle crocodiles, he began documenting his adventures on home video. In a letter recently found, penned by Steve years ago, he thanks his parents for building his character, ethics and happiness. He goes on to say his parents are his best friends. The bond is clear across the family and their passion for wildlife conservation is the tie the keeps them close.

In 1991 Steve met his wife Terri when she visited Australia Zoo where he worked. The couple married six months later and spent part of their honeymoon filming crocodiles. This footage then became the foundation of Steve Irwin’s introduction into television, The Crocodile Hunter. The show was an instant hit in 1992 and four years later the series was picked up by American cable network, Animal Planet. Audiences were kept fascinated by Steve’s dangerous encounters with a variety of animals; anything from spiders and lizards to snakes.

He was fearless but not naive. He knew the signs of an animal becoming agitated and was educational to viewers on how to cope with an encounter. At its peak, the show was popular in more than 200 countries. Steve Irwin became the caricature for zoo rangers. His catchphrase, “Crikey!” quickly became a staple of the show. He went on to be featured in shows like The Simpsons and was never afraid to poke fun at himself. This is undoubtedly what made Steve Irwin so popular. His ability to be witty, charming and educational, made his information accessible to all the family.

Exactly 14 years ago today, Irwin was filming for a new show called Ocean’s Deadliest. While swimming with a stingray, he got too close and it struck him in the heart. This caused Steve to later go into cardiac arrest and he subsequently died. The world was stunned to hear the news as he was just 44 years old at the time. There was an outpouring of flowers and well wishes to the Irwin family and a sense of mourning, particularly for Australians. Amazingly, Steve’s friends and family were quick to come to the stingray’s defence. Bindi, Steve’s daughter, said “I really don’t hate stingrays. It was just a crazy accident. Stingrays are really beautiful animals, dad loved them, we love them and they are important to our environment.”

His son Robert has gone on to work in television similar to his father. He often appears on talk shows to help raise awareness for endangered species. He is also a wildlife photographer and a fantastic one at that.

Bindi Irwin also continues to appear on TV educating the public about various animals and wildlife. She is 22 years old, married and recently announced her first pregnancy with an Instagram post captioned, “Baby Wildlife Warrior due 2021. Chandler and I are proud to announce that we’re expecting!”

Terri continues to work at Australia Zoo and the family as a whole continue to appear on a show called “Crickey! It’s the Irwins“. 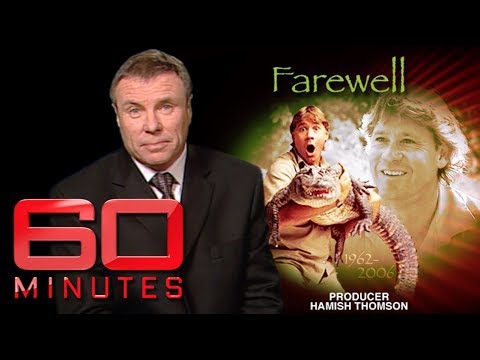 Protect Your Loved Ones with a Careline Alarm

We might not be grappling with wild animals on a daily basis, but we still face lots of hazards in our day-to-day lives. From medical issues to trips and falls, we all face more risks as we get older. A Careline alarm can offer your loved ones with protection all year round. Our Emergency Call Handlers are trained to respond to users quickly and efficiently. If you would like to know more about how our alarms work and how your family or friends could benefit, call us on 0800 101 3333. Alternatively, you can email us at info@careline.co.uk.